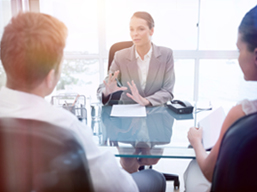 At The Louis Law Firm, PLLC, we understand that people have concerns regarding what will happen to the marital home when they go through a divorce.  Some people want to protect the marital home and their spouse’s share of the home, but others want to keep living in the home and not be forced to sell it. Let The Louis Law Firm explain what could happen to your home should you go through a divorce.

What happens to a home that was purchased before the marriage?

Adding your spouse to the deed.

Selling the home that was purchased prior to the marriage and buying another property during the marriage.

In other words, in order to prove a separate property credit on the property purchased during the marriage, a knowledgeable attorney should work with the client to trace the funds used to purchase the marital property.  However, if the person is unable to trace the money from the sale, the court will not award a separate property credit on the marital home.  At The Louis Law Firm we work with our clients on these issues to try to save them thousands of dollars.

Is my spouse entitled to a share of a home that was purchased before the marriage but went up in value during the marriage?

If you are considering getting a divorce and concerned about what will happen to your home, call The Louis Law Firm today to schedule a free in depth strategy session. Call us at (347) 689-7562.